January 17: MLK Day and the Day of Service

Signed into law in January 1983 by President Ronald Reagan, the national Martin Luther King, Jr. Holiday is a celebration of Dr. King’s contribution to the United States and to humankind. This American federal holiday is observed on the third Monday of each January, which is near King’s birthday, January 15, 1929.

Join us for Episode #5: Martin Luther King, Jr: Life and Legacy of the C-SPAN in the Classroom podcast. With the recognition of Martin Luther King, Jr. this month, the team shares C-SPAN Classroom resources that reflect the life and legacy of this historic figure. Discover C-SPAN resources including eyewitness testimony, archival recordings, museum interviews, and contemporary commentary, among other resources to use in your classroom. Listen now at c-span.org/podcasts, on the free C-SPAN Now video app, or wherever you listen to podcasts.

Be sure to also visit the Podcast Page on our Featured Resources Site for a selection of materials highlighted in the episode, including this small sample of what’s available to you and your students.

Black History Month is officially celebrated in the month of February. However, throughout history, in every month, generations of African Americans struggled with adversity to achieve full citizenship in American society. The credible resources on this page will help teachers and students learn more about this rich history. Decades of not treating people with equality and respect spawned the civil rights movement. The Civil War ended in 1865. Yet it took black Americans many decades and a long difficult fight to get what Abraham Lincoln had intended them to have: equality. Learn more with the informational texts referenced.

February is Teen Dating Violence Awareness Month, which is a national effort to raise awareness about abuse in teen and 20-something relationships and promote programs that prevent it. According to the website love is respect, “Every February, young people and their loved ones join together across the country for a national effort to raise awareness about the issue of teen dating violence through Teen Dating Violence Awareness Month. This annual, month-long push focuses on advocacy and education to stop dating abuse before it starts. The theme for TDVAM 2021 is Know Your Worth. Know Your Worth is all about learning about healthy relationships and self-empowerment! Every young person is deserving of a healthy, loving relationship. Key dates are as follows: Respect Week begins February 8.

Presidents’ Day is an American holiday celebrated on the third Monday in February. “Originally established in 1885 in recognition of President George Washington, it is still officially called ‘Washington’s Birthday’ by the federal government. Traditionally celebrated on February 22—Washington’s actual day of birth—the holiday became popularly known as Presidents’ Day after it was moved as part of 1971’s Uniform Monday Holiday Act, an attempt to create more three-day weekends for the nation’s workers. While several states still have individual holidays honoring the birthdays of Washington, Abraham Lincoln and other figures, Presidents’ Day is now popularly viewed as a day to celebrate all U.S. presidents past and present.” Although some states honor the birthday of Lincoln, it was never a federal holiday. (Sources: The History Channel and Encyclopedia Britannica)

National Nutrition Month® is an annual campaign created by the Academy of Nutrition and Dietetics. During the month of March, everyone is invited to learn about making informed food choices and developing healthful eating and physical activity habits. This year's theme, Celebrate a World of Flavors, embraces global cultures, cuisines and inclusivity, plus showcases the expertise of registered dietitian nutritionists.

Read all about it: Front Page Breaking News!

The Gus A. Stavros Center for Free Enterprise and Economic Education at the University of South Florida created resources aligned to the Florida Financial Literacy Standards: Financial Investing, Saving, Using Credit, Earning Income, Protecting and Insuring, and Understand the fundamental concepts relevant to the institutions, structure, and functions of a national economy. Click here for the online materials.

In a partnership the Tampa Bay Times NIE and the Florida Press Educational Services, the Gus A. Stavros Center for Free Enterprise and Economic Education at the University of South Florida created a blog that includes lesson ideas that use news texts (articles, videos, cartoons, images). CLICK ON the images below to access the texts and standards-based questions. (For more, check out the archives on the right side of the page). 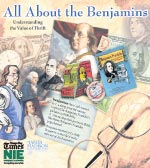 It’s All About the Benjamins – Newspaper in Education supplement 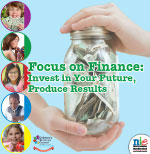 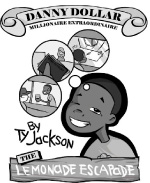 Since 1987, the National Council on Alcoholism and Drug Dependence, Inc. (NCADD) has sponsored Alcohol Awareness Month to “increase public awareness and understanding, reduce stigma and encourage local communities to focus on alcoholism and alcohol-related issues.” This year’s theme is Changing Attitudes: It’s not a ‘rite of passage’.

The internationally recognized date for Holocaust Remembrance Day corresponds to the 27th day of Nisan on the Hebrew calendar. It marks the anniversary of the Warsaw Ghetto Uprising. On April 19, 1943, the Warsaw ghetto uprising began after German troops and police entered the ghetto to deport its surviving inhabitants. By May 16, 1943, the Germans had crushed the uprising and left the ghetto area in ruins. Surviving ghetto residents were deported to concentration camps or killing centers.

According to the Earth Day Network, “Earth Day was a unified response to an environment in crisis — oil spills, smog, rivers so polluted they literally caught fire. On April 22, 1970, 20 million Americans — 10% of the U.S. population at the time — took to the streets, college campuses and hundreds of cities to protest environmental ignorance and demand a new way forward for our planet.”

May is Asian American and Native Hawaiian/Pacific Islander Heritage Month. During this month the history and achievements of Asian Americans, Native Hawaiians, and Pacific Islanders (AANHPIs) are recognized and celebrated. Asian Americans, and Native Hawaiians, and Pacific Islanders make our nation more vibrant through diversity of cultures, languages and religions. There is no single story of the AANHPI experience, but rather a diversity of contributions that enrich America’s culture and society. The American story would be impossible without the strength, contributions, and legacies of AANHPIs who have helped build and unite this country in each successive generation. From laying railroad tracks, tilling fields, and starting businesses, to caring for our loved ones and honorably serving our Nation in uniform, AANHPI communities are deeply rooted in the history of the United States.

The 2022 Law Day theme is “Toward a More Perfect Union: The Constitution in Times of Change.” Commemorated annually on May 1, Law Day is an opportunity to host or participate in discussions about law and its role in society.

Florida observes American Founders’ Month, Constitution Day (Sept.17) and Celebrate Freedom Week (Sept. 26-30). Section (s.) 683.1455, Florida Statutes (F.S.), designates the month of September as American Founders’ Month and s. 1003.421, F.S., recognizes the last full week of classes in September in public schools as Celebrate Freedom Week. During American Founders’ Month various groups, including public and private educational institutions, are urged to recognize and observe this occasion through appropriate programs, meetings, services or celebrations in which state, county and local governmental officials are invited to participate. Public schools are encouraged to coordinate instruction at all grade levels related to the nation’s founding principles of our nation.

Learn more about the Founding Fathers:

This year marks the 20th anniversary of the tragic events that took place in American on September 11, 2001. On that date, militants associated with the Islamist extremist group al Qaeda hijacked four airliners and carried out suicide attacks against targets in the United States. Two of the planes were flown into the Twin Towers of the World Trade Center in New York City, a third plane hit the Pentagon just outside Washington, D.C., and the fourth plane was crashed into a field near Shanksville, Pennsylvania. Nearly 3,000 people were killed during the attacks, including more than 400 police officers and firefighters and 246 passengers and crew on the four planes. This was the most deadly terrorist attack in U.S. history

According to the Centers for Disease Control and Prevention, Childhood Obesity Is a Major Public Health Problem:

Hispanic Heritage Month, whose roots go back to 1968, begins each year on September 15, the anniversary of independence of five Latin American countries: Costa Rica, El Salvador, Guatemala, Honduras and Nicaragua. Mexico, Chile and Belize also celebrate their independence days during this period and Columbus Day (Día de la Raza) is October 12. The National Hispanic Heritage Month theme for 2020 is A History of Serving our Nation.

October is National Substance Abuse Prevention Month, an annual observance focused on raising the public awareness and encouraging communities to take action and get involved to prevent substance use. Each year families, communities, and organizations across the country come together to raise awareness about the importance of substance use prevention and the importance of investing in prevention.

October is Breast Cancer Awareness Month. Breast cancer is the second-most common kind of cancer in American women. About one in eight women born today in the United States will get breast cancer.

According to the Louis Frey Institute, research shows when students engage in simulated civic actions, they are prone to develop a positive political efficacy that contributes to lifelong engagement. Discussing Election Day is a perfect time to engage students in civic education. In addition, the local newspaper is a great teaching tool to engage your students in civics education. Engaged citizens participate in their communities by voting and practicing good citizenship.

America Recycles Day is November 15. Learn about the many recycling facilities, programs and events available to Tampa Bay residents with these NIE publications.

On December 7, 1941, Pearl Harbor, a U.S. naval base near Honolulu, Hawaii, “was the scene of a devastating surprise attack by Japanese forces. Just before 8 a.m. on that Sunday morning, hundreds of Japanese fighter planes descended on the base, where they managed to destroy or damage nearly 20 American naval vessels, including eight battleships, and over 300 airplanes. More than 2,400 Americans died in the attack, including civilians, and another 1,000 people were wounded. The day after the assault, President Franklin D. Roosevelt asked Congress to declare war on Japan,” posted on the History Channel.

World AIDS Day takes place on December 1 each year and is an opportunity for people worldwide to unite in the fight against HIV, show their support for people living with HIV and to commemorate people who have died.